Poland hardly had been considered a leading country for e-commerce market until last month the news of the sale of local Allegro Group broke out. It turned out to be 4th biggest transaction in e-commerce this year. 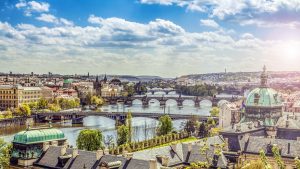 To put it simply: Allegro to Poland is what eBay is for USA. In fact, about 10 years ago eBay tried to establish itself on Polish market and while Allegro was really popular at that time, everyone expected it to get steamrolled by eBay global machine. It turned out to be quite the opposite. eBay was humiliated and relegated to a niche on Polish market being the undivided kingdom of Allegro. Initially a company with 100% of Polish capital was then sold to Naspers and now is owned by three British equity funds: Cinven, Permira and Mid Europa Partners which paid 3.25 billion USD for the privilege. And the privilege it is – according to 2015 poll 76% of respondents in Poland asked about e-commerce websites pointed to Allegro, while only 12% chosen eBay – less than OLX (28%, Polish equivalent of craigslist) and Zalando (13%, e-boutique).

If Allegro is the gate to the castle of Polish e-commerce, how big is the castle? According to 2015 data, 8 billion Euro and it is expected to more than double itself by 2020 (16.25 billion Euro by estimate). The basis for the projection is demographics: today roughly one third of Poles younger than 50 buy online. As younger generation will start spending its own money, they’ll do it more than often online, pushing the market boundaries. The good news is the uniform distribution of e-commerce usage: in big cities, in smaller towns and in villages and across all levels of education. The only deal breaker is the thickness of the wallet – only 9% of those who consider themselves faring poorly declare shopping online. The e-commerce benefits also parcel service companies as 61% deliveries go to them, while only 21% is being handled by the Polish Post. And there’s even a local phenomenon: the automated delivery boxes from which the buyer can pick up the package at his or her own leisure. Yesterday’s start-up now holds 11% of market shares.

On the other hand there are global players already involved in Poland – Amazon.com entered Polish market in 2014 and already has a local warehouse (in Wroclaw, Lower Silesia south-western region) staffed with 6’000 people and plans to open another one in central Poland. This October Amazon launched its B2C platform localized in Polish language.

Last not least, there are countries in Central Eastern Europe region even more e-commercialized than Poland. Bordering with Poland from the south, there is Czech Republic. Out of its 10.5 million inhabitants 80% regularly go online and the average speed of internet connection in Czech Republic is in worldwide TOP10. Local e-commerce market is worth 3 billion Euro (2015) which makes it even better per person compared with Poland. It is worth noticing the absence of global players like Amazon or eBay in Czech Republic. Is that country too small to be seen from US-based Headquarters?

No complaints from Czech e-commerce companies, though which there are plenty. Alza.cz and Mall.cz are the place to go if you look for computers, electronics and white goods. Aukro.cz is the local equivalent of eBay while Heureka.cz is the shopping comparison portal.

Another Central Eastern European market that stands out is Romania. Second biggest – after Poland – country in the region with 19.9 million inhabitants has lower internet penetration rate (56%), but still it is fairly advanced in the e-commerce, with eMAG.ro, Okazii.ro and Altex.ro being key players there.