Jing-Jin-Ji: the birth of a Super City.

Home/Posts/Jing-Jin-Ji: the birth of a Super City.

The merger of Beijing, Tianjin and counties of Hebei province also named Jing – Jin – Ji offers a good example of the dedication of President Xi to the modernization of China. 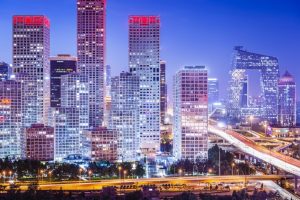 Beijing is a dynamic capital city attracting investments and talents especially in finance, services and high tech. Tianjin is one of the key harbors of People’s Republic of China, open to the world, deeply interconnected with Beijing. Hebei, the province surrounding Beijing city, has long been an area dedicated to heavy industry, primarily the coal and steel sectors that account for nearly 50% of province’s Gross Domestic Product. This is also a highly polluted province with fine particulates known as PM 2.5. With the current economic slowdown and shift from heavy industry to services, Hebei is facing tough times.

According to the Coordinated Development Outline (June 2015), this merger aims at better allocating public services and harmonizing development policies for this super city of 130 million inhabitants. In concrete term this means that Beijing remains the center of national government and a center for innovation; the headquarters of municipal government is being transferred to Tongzhou – a city located at 20 kilometers on the East of Beijing; Tianjin continues to strengthen its position as a North China hub of high-end manufacturing and technology and Hebei’s counties shall upgrade their manufacturing industries with new technologies.

Beijing Municipality forecasts that circa 15% of its downtown residents will relocate to Tongzhou district which shall contribute to relieve Beijing’s congestion. An entirely new city is still under construction to welcome the new residents. To better connect this super city and sustain its economic development, the government has launched a policy of large-scale works for high speed trains and more than 900 kilometers of new highways.

The full integration of Jing – Jin – Ji also challenges the super city governance. This requires equalizing public services, especially for health and education which are fundamentals to Beijingers that will relocate to Tongzhou. This is a beginning of a Long March.