In before personal changes in PRC leadership?

At Beidahe – a sea resort in Hebei province close to Beijing – China’s Top Leaders meet for summer conference as it is PRC’s tradition since 1950’s. Here’s a sneak-peak what’s on this year’s meeting agenda.

President Xi Jinping has a little over a year of his mid-term in the office left. But before it will end in October 2017, several Top Chinese Executives are about to step down in the coming months. As four or five of the top seven party officials are expected to retire, quite a few mid- and high-level positions in party, government and state-owned enterprises will change as well. The effects of Beidaihe meeting should give some indications about who the next generation of leadership in Beijing could be.

From international investor’s stand point the most important information would be to see if this year’s meeting produces any clarification of China’s commitment to reform especially in tackling the problems of excess capacity in many old-economy sectors, high levels of corporate debt, slowing rate of growth and a shift to more market-driven, quality growth away from centrally driven investment that produces overcapacity. We will be back with more information. 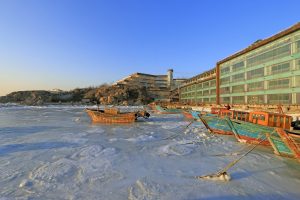