Automechanika – the beating heart of the IAM

Home/Posts/Automechanika – the beating heart of the IAM

If you are a player on Automotive Independent Aftermarket, Automechanika is the place to be for you in September 2016. 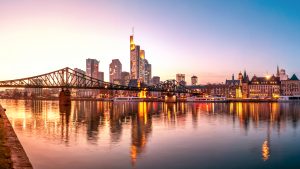 It took over 30 years to establish Automechanika Frankfurt as the most important trade event in auto parts production and distribution sector. The beginning of Automechanika were in fact quite modest: in 1971 German vehicle manufacturers associated in VDA organization were in bad need of saving money and couldn’t afford to organize Frankfurt Motor Show that year. To fill the gap in the trade calendar Messe Frankfurt created a new event – for automotive repair and maintenance specialists. There were only 400 exhibitioners during the first edition and around 75 000 visitors – that makes the Automechanika 1971 on pair with i.e. Inter Cars’ Show held in Warsaw, Poland in 2015.

But that’s ancient history. Today, in the age of global economy, where automotive industry knows few boundaries in the world, every two years all important players meet in Frankfurt. Automechanika event is the one all auto parts producers save up all important premieres and announcements for. This year, i.e., for the very first time ZF will have a joint stand with TRW, acquired last year and both companies will make a strong statement about their joint strategy for upcoming years. That will be probably the most important news from this years’ Automechanika, but by no means not the only one.

Expecting over 4’000 exhibitioners Automechanika is a second to none event. Although carefully arranged around numerous halls and outdoor Agora meeting place, it’s still huge terrain to cover. Planning your visit make sure you are not only well stocked with your business cards, but also you wear your most comfortable boots. The Messe Frankfurt area during the Automechanika is neatly divided between auto parts producers and garage equipment producers. The former occupy halls between the landmark tower in the east and the railway line diving Messe Frankfurt roughly in half. In the halls to the west of the lines you will find all the exhibitors who offer tools, specialized equipment and all you need to properly install and use the products offered by the producers from east side of Messe Frankfurt.

In this year edition of Automechanika every one in four exhibitioner will great you on his/her stand with „Ni Hao” words. The official catalogue lists 1’009 companies from People Republic of China alone, not counting the ones based in Hong Kong or Taiwan. Their presence in Frankfurt is getting noticeable stronger with each edition, which reflects the global trend of vehicle manufacturers sourcing more and more parts from Far East. The German premium car makers like Mercedes-Benz and BMW took point here. Ever heard about brands like Preh, Quin or Joyson Electronics? Even if not, if you drove latest models of Mercedes or BMW chances are you were keeping your hands on Quin-produced steering wheel and adjusted climate controls on Preh-made cockpit panel.

But how to deal with this kind of an embarrassment of riches? Here are few tips before you venture in the uncharted waters:

• For all intends and purposes all those products belong to „AM” category under European MV BER regulation (EC 461/2010) since it’s hard to find a Chinese OE supplier for European or North American VMs that is active also on the independent aftermarket.
• Unlike top companies from Europe and North America, Chinese auto parts manufacturers tend to be specialists in what they produce instead of pursuing one-stop-shop model (i.e mentioned fusion between ZF and TRW). Need brake parts? „Sure, we have them – but for shock absorber you need find another supplier”.
• On top of that, most of Chinese auto parts manufacturers are players on the level of Chinese region and not the whole country, so the Company official name always starts with the City or Province it’s registered.
• Entering negotiations never start with asking about price. Chinese managers aim to deliver the value indicated as the most important by the client. Emphasis on the price means the price would be attractive indeed but at the cost of quality. Pointing to quality will send the right signal while price still should be competitive to non-Chinese competition due to low-cost labor force in PRC.